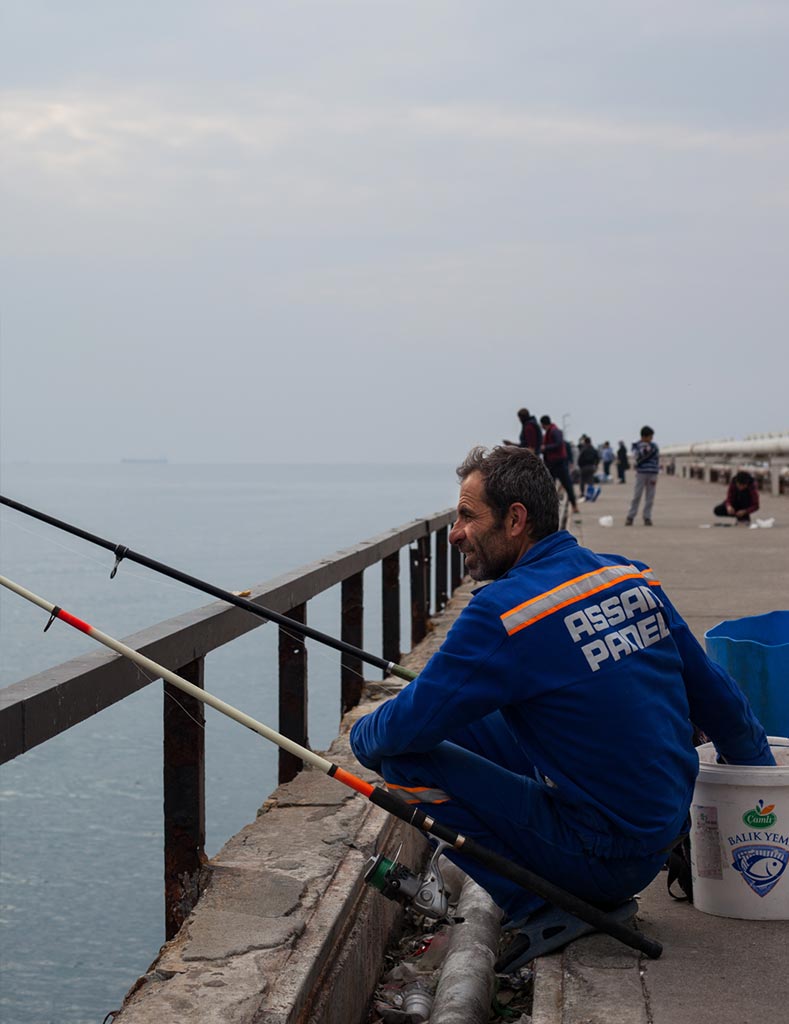 Locals fish off an old ship loading pier in Sarıseki, Turkey, a short distance from a coal power plant. Heavy industry and coal power are among main factors driving increasingly poor air quality in the area, and due to its geography, pollution that collects in the bay lingers.

According to World Health Organisation (WHO) calculations, Hatay’s residents breathe hazardous levels of fine particulate matter, PM 2.5, that are 2.8 times higher than the WHO’s safe levels.[2] According to official air quality measurements, in 2015 both of the two stations in Hatay measured annual PM10 levels above of the WHO’s recommended levels. [3]

Turkey officially measures air pollution in all its 81 cities with 197 stations including Istanbul.[4] However only PM10 and SOx (sulphur oxides) are measured, not smaller particles, PM2.5 – which are more critical for human health. Moreover in 2016, one third of the official air quality monitoring stations in Istanbul did not work for more than 25 days of the year. [5]

To protect public health from air pollution, we must accurately measure the air quality. Tell the Ministry of Urban and Environment that we need to measure PM 2.5 levels and all air quality measurement should be available to the public 7/24.

As a Turkish citizen, you can express your demands and ask about the air pollution levels in your city by using the acquisition of knowledge system of Turkish Ministry of Urban and Environment. You can use our example letter below or write one of your own.