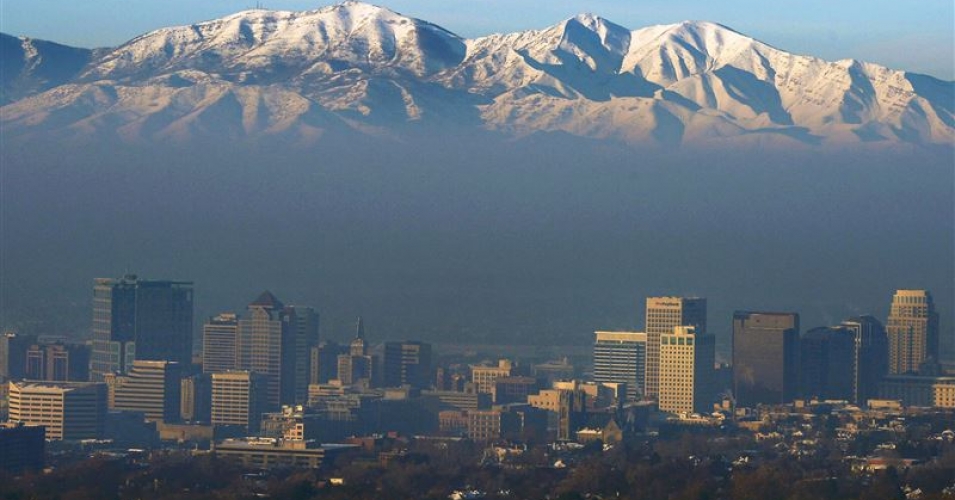 With its pristine landscapes and world-class skiing, you might not expect to see Salt Lake City spotlighted in a global campaign on dirty air. Yet winter conditions trap pollution from vehicle emissions, buildings, homes and industries, intermittently earning Salt Lake City the dubious distinction of having the worst air quality in the nation. That’s why Salt Lake is featured in the new “Unmask My City” campaign—a global call for clean air and a healthy climate.

The Unmask My City campaign launches on May 2nd—World Asthma Day—in ten cities around the world. A partnership of the Global Climate and Health Alliance, the US Climate and Health Alliance, Utah Physicians for a Healthy Environment  and many others, the campaign uses LED-equipped face masks that allow people to see whether the air around them is polluted with high levels of dangerous particulate matter. The data and images produced from the campaign will be used to raise awareness about air pollution’s threat to human health and our climate.

Salt Lake City represents the US in the global campaign, but it is hardly the only US city with serious air pollution problems. According to the American Lung Association’s annual State of the Air Report, 125 million Americans are exposed to unhealthy levels of ozone and particle pollution, resulting in 200,000 premature deaths each year. More than 24 million Americans suffer from asthma, which can be caused or exacerbated by air pollution. Unfortunately, communities of color and low-income communities are more likely to experience these impacts.  While the report notes that 2017 marks a continuation in air quality improvement across the nation, these gains are far from enough.

And those gains are threatened by the changing climate. Driven by greenhouse gas emissions—often from the same sources as toxic air pollution—climate change results in higher temperatures, which lead to more ozone and smog. Drought conditions from climate change also mean drier, dustier conditions and more particle pollution from wildfires. Climate change is even strengthening and lengthening our pollen seasons.  All of these changes negatively impact air quality.

That’s why now, more than ever, we need to maintain and improve policies that curb air pollution and halt climate change.  Those policies are under attack: members of Congress want to dismantle the federal Clean Air Act, which is responsible for many of the air quality gains of the past 30 years. But Americans across the political spectrum support these regulations by a 2-to-1 margin.

In the face of political gridlock and possible rollback of federal regulations, states and cities need to step up on climate and air pollution.  States can require that energy production within their borders transitions from dirty fossil fuels to clean, renewable energy.  Twenty-nine states and Washington, DC have passed requirements to do so, while eight states, including Utah, have set voluntary goals.  States and cities can also work to improve their transportation systems to reduce reliance on gas-powered automobiles.

Salt Lake City’s participation in the Unmask My City campaign is an important step. But “unmasking” all of our cities—and ensuring clean air for all—will require renewed commitment at the local, state and federal levels.

This work is licensed under a Creative Commons Attribution-Share Alike 3.0 License