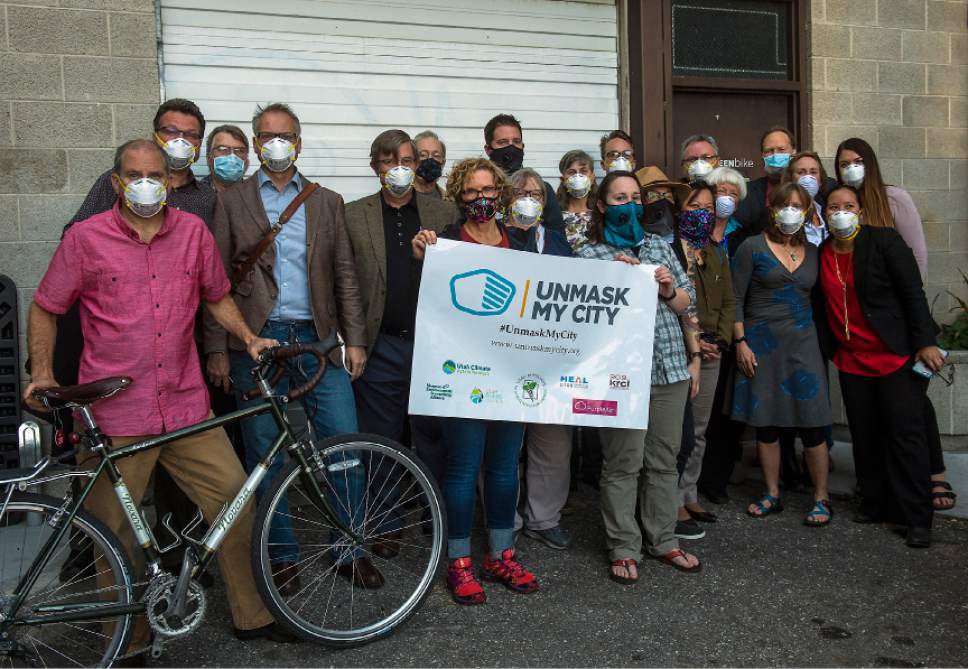 Environment » With new EPA ruling, groups urge residents and lawmakers to press for clean air as a health issue.

More Utah residents and community leaders need to speak out against air pollution, advocates are saying.

Air-quality campaigners are enlivened after the U.S. Environmental Protection Agency labeled two Utah communities as “serious” nonattainment areas — a decision that essentially censures the state for failing to meet a 2015 deadline on complying with federal rules for small particulate pollution.

The Salt Lake City and Provo metro areas, including Davis and Weber counties and parts of Tooele and Box Elder counties, have exceeded limits for what’s known as PM2.5 pollution — the prime culprit behind northern Utah’s wintertime pollution episodes — since 2006.

“We are gathering our voices together to say it’s enough,” said Soren Simonsen, a member of the board for the Mormon Environmental Stewardship Alliance, or MESA. “We have to do something for the future of our children and grandchildren.”

Physicians and environmentalists held an event late Tuesday as part of the Unmask My City campaign, an international effort to encourage doctors, nurses and other health care providers to become advocates for cleaner air in their communities.

They have also launched a petition calling on state leaders to pass new pollution controls on dust from mining and emissions from diesel vehicles.

News of the area’s redesignation by the EPA was no surprise to Simonsen, who said Utah’s air challenges were “nothing new.” The problem, Simonsen said, is not that Utah doesn’t know how to solve the problem, but that Utahns have proven reluctant to implement solutions.

“We need better choices in transportation. We needed better standards for industry and buildings,” he said. “A lot of the work that we and other groups have been lobbying for very actively for many years is relatively simple, but there has been a lot of resistance.”

Other advocates felt optimistic that concern about Utah’s air quality is becoming mainstream and that more residents will begin to pressure their elected officials for change.

“It’s up to the citizens of Utah to talk to their leaders and say we need strong action on this,” said Denni Cawley, executive director of Utah Physicians for a Healthy Environment. “We can’t just stay in the status quo. We need to be proactive.”

In addition to government officials, Simonsen said he wants to see his church leaders — and those of other faiths — take a stand against pollution.

“They speak out against not caring for the poor and humanity in general,” he said, “but climate change and air pollution are symptoms of the same problem — greed.”

But there is only so much state leaders can do to improve the air, said Ryan Stolley, program manager for the Utah Climate Action Network. Residents also need to make lifestyle changes — something Utahns have resisted in the past.

“There are a lot of people looking for easy answers,” he said, arguing that Utahns understand they need to make changes, but lack the motivation to do so. “This is a big problem. … We all have a part to play, and we can all work to take care of the problem.”

“It’s easy to point the finger and say it’s someone else’s problem to solve,” he said. “The reality is everybody has to be part of the solution. … But until everyone sees themselves as part of the solution and is willing to make those choices, we are not going to see dramatic changes.”